You are here: Home / Information / About Tourmaline

Tourmaline- the most colorful and truly beautiful of gems 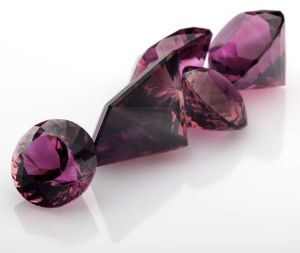 Tourmaline healing properties include increased compassion, flexibility, happiness, objectivity, and serenity. The various colors of Tourmaline are associated with the chakra of the same color. Tourmaline is generally regarded as October’s Birthstone.

Tourmaline is a crystal mineral, which has become quite popular among jewellery lovers. It is a beautiful gemstone and comes in many varied colors. And most important this high quality gem is also affordable. Tourmaline crystallizes as a six sided crystal (hexagon).

The name tourmaline is derived from the Sinhalese word” turamali”, which is applied to the collection of gemstones from Sri Lanka. The gem is a complex of aluminum boro silicate. Even though the Dutch introduced tourmaline to Europe in early 17th century, other varieties of this mineral had been known to exist for a lot longer.

Tourmaline is often found in the igneous and sedimentary rocks in Brazil, San Diego, Maine, Madagascar, Urals and Central Africa.

The gem is easy to recognize because of its great color diversity. Tourmaline is the most colorful of all gemstones. While it can appear in almost any color, the predominant color is red, green or multicolored. This unusual stone is not a single mineral but made from a combination of other minerals which have similar physicochemical properties. The color variations along the length also give rise to bicolor and tricolor tourmalines. Besides being available in every type of possible color, the gem also transmits different colors when viewed from different angles.

Some of the more common colors of the tourmaline gem include the following:

Years ago most of the tourmaline cuts for jewellery come from gem gravels of Ceylon, now the majority comes from Africa and Afganistan. When buying tourmaline, it is important to examine the gem under adequate lighting. The appearance of Tourmaline depends on the cut. To convey the richest colors the cuts come as rounds, triangle, trillions and ovals, but recently modern cuts such as the square princess, cushion and pear are all popular

Prices of tourmaline are variable depending on the quality and variety. Remember it is the clarity, depth and tone of color which is important. The good stones can cost anywhere from $100-$300/carat. The most sought out crystals are those obtained from Paraiba, Brazil. Some of these crystals can cost thousands of dollar/carat. The chrome, Rubelite and Indicolite crystals, may sell for about $1000/carat. In any case, tourmaline stones are available in many colors and are reasonably priced.

In the last few years, supplies of good tourmaline is becoming harder to obtain with most mines running out of tourmaline gemstone rough