You are here: Home / Information / The Quartz Family

Quartz is the most commonly found gemstone on earth, always well loved and prized throughout the ages for beauty availability
and some say – healing powers. There are many types of gemstones that form the quartz family, here are a few:

A citrine comes in many shades of yellow, from pale yellow to bright orange. When its very orange it’s called ‘Madeira Citrine’. If pale it can be called lemon quartz Amethyst is generally mauve to dark purple and comes in all shades, as well as pinkish and lilac colours. When it’s a special coloured  lilac it has a quirky name called ‘rose de France ‘.  Often two colours swirl together. Be aware that citrine and amethyst are from the same family they both can be combined in one stone and this is called ‘Ametrine’.

Ametrine is a mixture of amethyst & citrine together. The Smoky Quartz is a gem that looks as if there is swirls of smoke trapped in a clear crystal or it can be totally smoky looking. The smoky colour can be many shades of golden brown to brown. It to can be mixed with citrine to have golden swirls inside the brown colours. 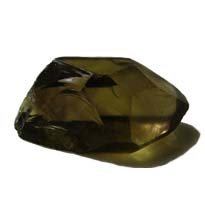 The Rose Quartz is a pale pink stone. It comes in a variety of pink and creamy pink shades. Generally it is cut into a dome called a cabochon. It can be dyed to be more pink. It is often translucent. Rose Quartz beads are a popular. The Quartz Crystal which is colourless,  the natural crystal shape is visible, just as nature has grown them. These have captivated us throughout the centuries. Just like the quartz it can be cut as a smooth dome called cabochon or faceted into a gemstone. The Tiger Eye is also a quartz, it is golden yellow with brown stripes and often has a glow. This glow comes from the fibres which is called chatoyancy. is quartz, translucent, or opaque that you often can not see through if held up to the light, it has a large group, all sorts of colours and types. These are called by names due to how they look, in the chalcedony quartz group, some are called Sard.

You have Chrysoprase which is mostly bright green.

Agate has multi colours and often with lovely types of stripes.

Cornelian is shades of red.